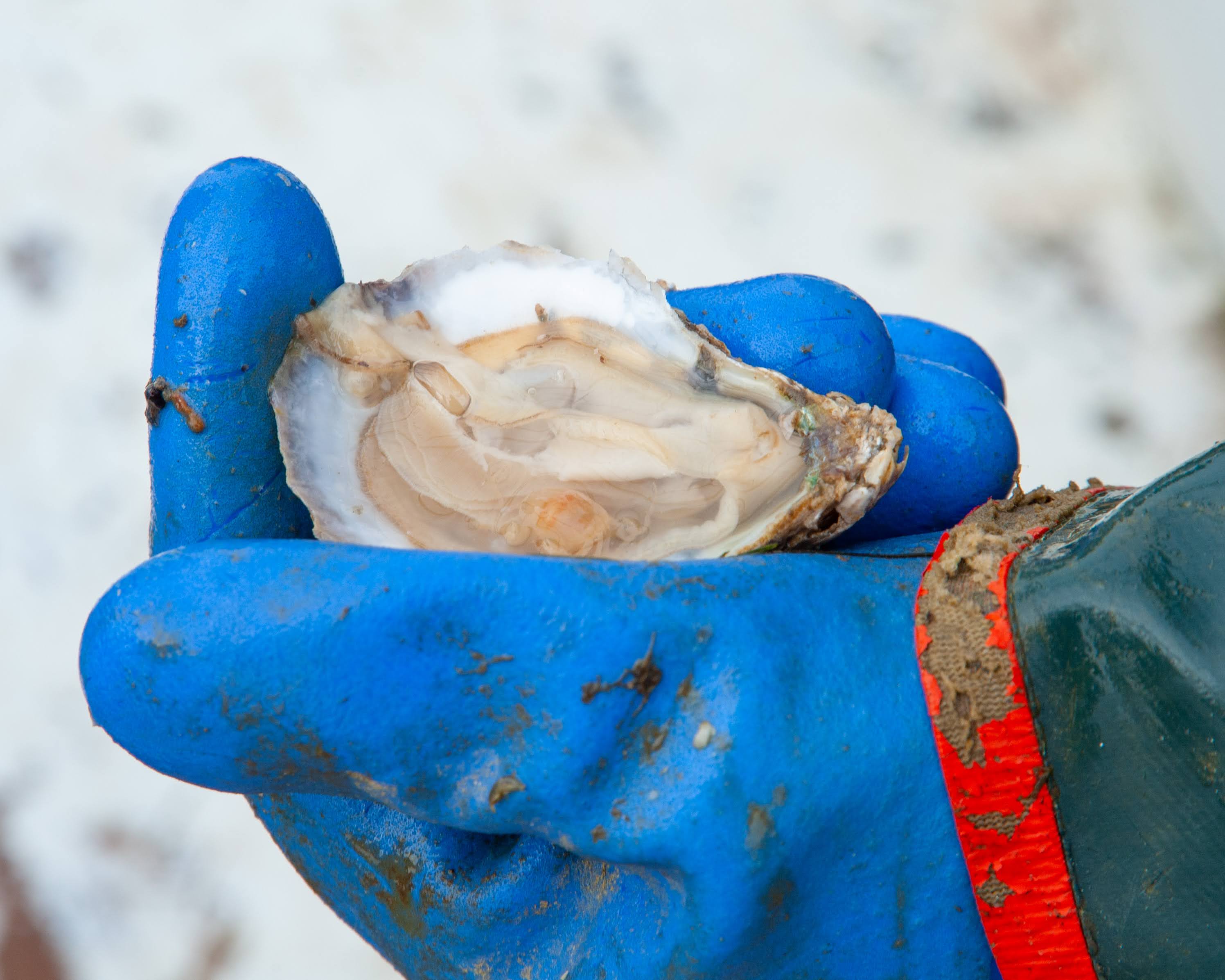 The birds are chirping, flowers are blooming, and the oysters are getting ready to spawn! So it was perfect timing for the launch of the 2021 Oyster Blueprint just a couple weeks ago. We’re proud of the major accomplishments that the Oyster Blueprint has produced, and excited about where we’re headed.

The Five Year Update to the Oyster Blueprint

Since pre-colonial times, North Carolina has lost approximately 80% of its oysters to a combination of natural disasters and overharvest. In response, a group of North Carolinians decided to turn the tide on oyster decline in our state through the Oyster Blueprint.

Leda Cunningham of Pew and Erin Fleckenstein talked about the future of oysters with Capital Tonight. You can see the interview here.

Since 2003, the Blueprint has made major strides in restoring and rebuilding oysters in North Carolina:

How the Blueprint will grow oysters for the next five years

There is no oyster industry without clean water. Katherine McGlade, an oyster farmer based in Hatteras, explained that clean water is integral to a high quality oyster. “Clean water is the most important thing for oyster farming. The cleaner the water, the better tasting oyster that you have.”

In addition to making a high quality oyster, it’s also a health issue. Ensuring that oysters are safe for human consumption is integral to the oyster blueprint. The blueprint sets an ambitious goal of growing the oyster industry from a $5M a year industry to a $45M a year industry in five years. Not only do those oysters need to be safe for consumption, they need to be able to compete in the marketplace against states like Virginia and Maryland.

Currently, 34% of North Carolina’s shellfish waters are closed due to poor water quality that makes these oysters unsafe for human consumption. Prime shellfish waters in the Newport River and Stump Sound have been heavily degraded by water pollution. Improving the water quality in these rivers is a top action for the 2021 Oyster Blueprint.

We were reminded by Todd Miller that the future of oysters depends on pristine water quality. “We don’t want to follow in the footsteps of many places in the globe where the water quality has decreased so much that their restoration is not feasible.“

Cultch planting refers to building oyster habitat by depositing limestone maryl, stone or oyster shells in strategic locations. Simon Rich has been working with the North Carolina Coastal Federation since 2009 to create oyster reefs and conduct cultch planting. They are beginning their fifth season of building oyster sanctuaries. Since 2009, they’ve built over 100 acres of reef in Pamlico Sound and have deployed over 100,000 tons of material in the past decade.

“It’s all local. We use rock from local quarries for substrate, use local companies to deliver rock to the barge and site, and hire local people to build the reefs. It’s good for commercial and recreational fishing industries, it employs local people, protects the habitat and cleans the water. Our employees love the work. We all live, work and play on the coast of North Carolina. We have a vested interest in seeing the environment protected.”

The blueprint calls for increasing the size of the aquaculture industry from $5M to $100M by 2030, with an interim goal of $45M by 2025. One of the ways to do this is to provide a low interest loan for current oyster farmers and those that want to get into the industry. Katherine McGlade spoke to the difficulty in trying to finance starting an oyster farm through the legislature.

“It’s very difficult if not impossible to get a conventional loan for oyster farming and oyster farming is very gear intensive. Small business loan funding would be tremendous.”

The Blueprint also calls for growing education and outreach about the plan and oysters. The Oyster Trail is a fun and engaging activity for tourism. It’s a ‘choose your adventure’, where tourists can visit oyster farms and restaurants serving local oysters.

There’s much to celebrate, but still much to do

The launch of the 2021 Oyster Blueprint is just the beginning. These initiatives require the support of the entire state in order to reach their goals. Follow along by following North Carolina oysters on social media, and check out the new blueprint at NCOysters.org!