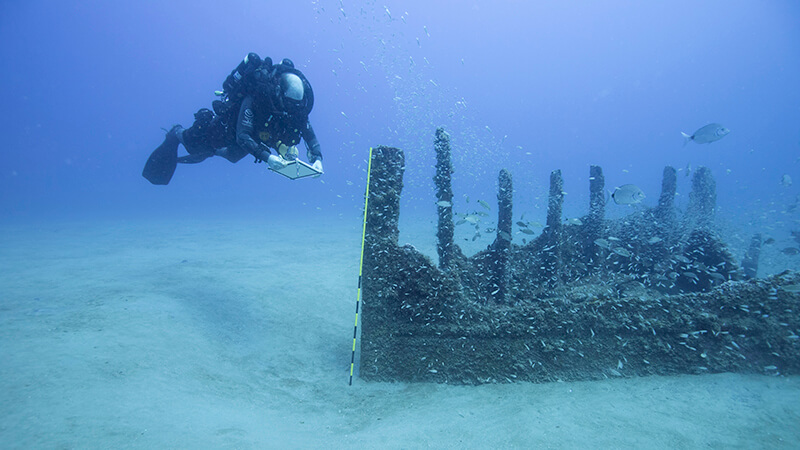 Hard Bottom includes rock, reefs and wrecks and are crucial to the health of snapper and grouper species

Hard  bottom  habitat,  also  referred  to  as  live  bottom  or  reef,  consists  of  exposed  areas  of  rock  or consolidated sediments that may or may not be characterized by a thin veneer of live or dead biota and is generally located in the ocean rather than in the estuarine system. Natural hard bottom is colonized to  a  varying  extent  by  algae,  sponges,  soft  coral,  hard  coral,  and  other  sessile  invertebrates.  In  South  Atlantic waters, hard bottom can consist of exposed rock ledges or outcrops with vertical relief or can be relatively flat and covered by a thin veneer of sand.

Hard bottom allows space for attachment for marine invertebrates and algae, and it's often the only source of structure in open shelf waters

Exposed  hard  substrate  provides  stable  attachment  surfaces for colonization by numerous marine invertebrates and algae. This  productive  three-dimensional  habitat  is  often  the  only source of structural refuges in open shelf waters and a source of  concentrated food.  Most  reef fish  spend  almost their  entire life cycle on hard bottom, which serves as nursery, spawning, and foraging grounds. The presence of ocean hard bottom off North  Carolina,  along  with  appropriate  water  temperatures, allows for the existence of a temperate-to-subtropical reef fish community  and  a  snapper-grouper  fishery.  Because  of  their importance  for  spawning,  nursery,  and  foraging,  all  of  the nearshore hard bottoms off North Carolina have been federally  designated  as  Habitat  Areas  of  Particular  Concern  for  the snapper-grouper complex.

Hard Bottom is important for the commercial, recreational, and dive industry, bringing in millions of dollars to North Carolina every year

Between 2011 and 2013, the North Carolina commercial snapper-grouper fishery harvested an annual average of 1,638,434 lbs of fish (total of 5,015,570 lbs) with an annual
market value of over $4.2 million (total for 3 years - $12,567,964). During that same time period, recreational fisherman (private boats, charter boats, and head boats) harvested an average of 568,146 lbs of fish in the snapper- grouper complex/year, for a total of 1,204,439 lbs. Economic benefits also include revenue from the dive industry, since hard bottom reefs are popular dive sites.

There is little information on the health of hard bottoms in North Carolina, but black sea bass and grouper populations have improved in recent years, suggesting that hard bottom is in good general condition

The  condition  of  shallow  hard bottom  in  North  Carolina  state territorial  waters  is  of  particular importance  to  the health  and stability  of  estuary-dependent  snapper-grouper  species  that  utilize  this  habitat  as  “way  stations”  or protective stopping points as they emigrate offshore. Because of market value, high recreational participation, and the associated fishing tackle industry, the offshore snapper-grouper complex supports productive commercial and recreational  fisheries.  The  South  Atlantic  Fishery  Management  Council  reported  that  nearshore  hard bottoms  in the  South  Atlantic  were  considered  to  be  in  “good  general”  condition  overall  in  2002.  Although adequate information  exists  on  the distribution  of  hard  bottom  off  the North  Carolina  coast,  little information is  available  to evaluate the status and trends of hard bottom habitat in state territorial waters.  The black sea bass populations north and south of Cape Hatteras and gag grouper have improved in the past few years.

Sand from nourished beaches can also cover hard bottom structures. Studies have found that some hard bottom areas adjacent to nourished beaches were buried by sand washed off of nourished beaches. These once productive reef fishing grounds are no longer fished due to poor yield. Boat anchors and bottom trawls can uproot coral and tear loose chunks of rock. Poor  water quality can affect growth or survival of the invertebrates living on hard bottom structure. A growing threat to hard bottom is the impact of the highly invasive Pacific lionfish on the reef community. This species has rapidly expanded in range from more southerly waters to North Carolina, and has exhibited extremely high predation rates on snapper and grouper species. Ocean acidification is another concern. More acidic ocean water over time is expected with increasing carbon dioxide levels which can cause calcium based organisms like corals and sponges to disintegrate.

50 artificial reefs are located in ocean waters along North Carolina’s coast and 8 are located in estuarine waters. In addition, there are numerous shipwrecks along the coast