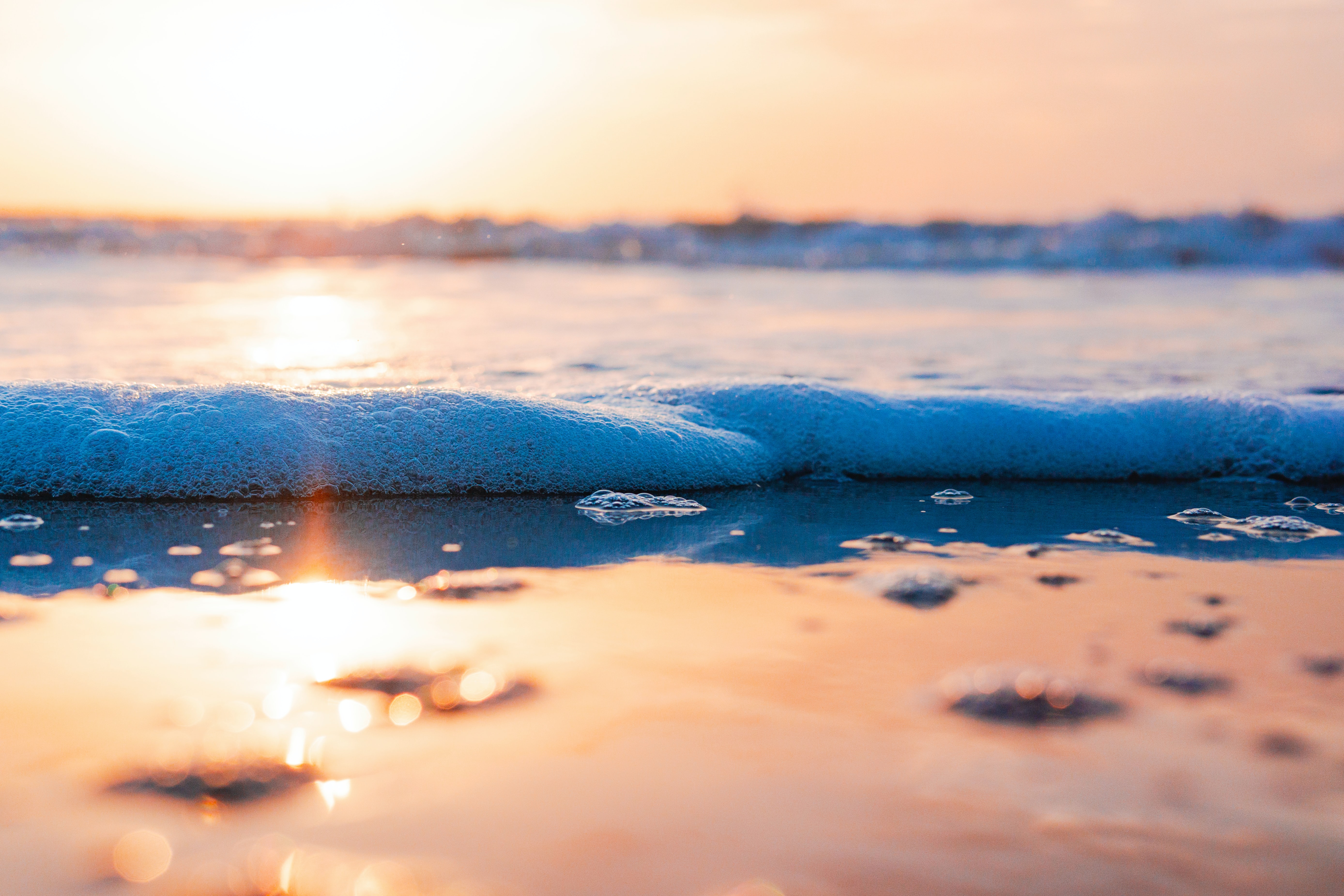 Photo by Joshua Woroniecki on Unsplash

Soft bottom is unconsolidated, unvegetated sediment that occurs in freshwater, estuarine, and marine systems. Mud flats,  sand bars, inlet shoals, and intertidal beaches are specific types of soft bottom. Grain size distribution, salinity, DO, and flow characteristics affect the condition of soft bottom habitat and the type of organisms that use it. Soft bottom covers approximately 1.9 million acres. North Carolina’s coast  can  be  divided  into geologically  distinct  northern  and southern  provinces.  In the northern  province (north of Cape Lookout), the seafloor consists of a thick layer of unconsolidated mud, muddy sand, and peat sediments. The low slopes of the bottom result in an extensive system of drowned river estuaries, long barrier islands, and few inlets. The southern province has a thin and variable layer of surficial sands and mud, with under- lying rock platforms, a steeper sloping shoreline with narrow estuaries, short barrier islands, and numerous inlets.

Soft bottom is important as a storage reservoir of nutrients, chemicals, and microbes  in  coastal  ecosystems

Soft bottom is important as a storage reservoir of nutrients, chemicals, and microbes in coastal ecosystems, allowing for both deposition and resuspension of nutrients and toxic substances. The surface supports benthic  microalgae, contributing substantial primary production to the coastal system. Estuarine soft bottom supports over 400 species of benthic invertebrates in North Carolina. Juvenile stages of species such as summer and  southern  flounder,  spot,  Atlantic croaker, and penaeid shrimp use the shallow unvegetated flats, which larger predators cannot access, as important nursery habitat. As fish get larger, they will venture out  of protective  cover to forage in soft bottom. Fishery independent data from shallow creeks and bays in Pamlico Sound documented 78 fish and invertebrate species. Eight of those — spot, bay anchovy, Atlantic croaker, Atlantic menhaden, silver perch, blue crab, brown shrimp,  and  southern  flounder  —  comprised  >  97%  of  the total nekton  abundance. Soft bottom between structured habitat (SAV, wetlands, shell bottom) acts as a barrier to connectivity, which can be beneficial to small invertebrates by reducing predation risk. Fish and invertebrates that commonly occur in this habitat, including hard clams, flatfish, skates, rays, and other small cryptic fish such as gobies, avoid predation by burrowing into the sediment, thus camouflaging themselves from predators. Ocean soft bottom, particularly in the surf zone and along  shoals and inlets, serves as an important feeding ground for fish that forage on benthic invertebrates. These predators generally have high economic value as recreational and commercial species, and include Florida pompano, red drum, kingfish, spot, Atlantic croaker, weakfish, Spanish mackerel, and striped bass. Many demersal and estuary-dependent fish spawn over soft bottom habitat in North Carolina’s coastal waters.

Beaches are extremely valuable for tourism and recreation, including surf fishing, surfing, and beach going. One study, averaging data from seven North Carolina beaches, found the net economic benefits of a day at a beach ranged from $14—$104 for single day trips and $14 to $53 overnight stays. For example, the total average annual benefits of long-term beach nourishment was estimated to be $14,836,688 (2014 dollars) due to recreational and storm damage reduction benefits.

According to an EPA report, North Carolina's sediment quality is ranked as poor due to toxicity

Comprehensive mapping of soft bottom habitat has not been completed. The loss of more structured habitat, such as SAV, wetlands, and shell bottom, has undoubtedly led to gains in soft bottom habitat. The quality of soft bottom habitat is a better indicator of soft bottom status than quantity. The best available information on sediment quality comes  from  EPA’s  latest  National  Coastal  Condition  Report  (NCCR  IV).  The  report  rated  the  coast  from  North Carolina  to  Florida  at  3.6  (fair)  overall,  while  sediment  quality  was  rated  2  (fair  to  poor),  which  was  lower  than  in previous  reports.  Sediment  quality  is  based  on  toxicity,  contaminants,  and  total  organic  carbon  (TOC).  The percentage  of  area  determined  to  be  in  poor  condition  was  13%.  The  primary  reason  for  the  low  rating  was sediment toxicity. The quality of soft bottom habitat can affect species abundance and diversity.  Sediments in soft bottom habitat can accumulate both chemical and microbial contaminants, potentially affecting benthic organisms and  community  structure.  Tidal  creeks  are  sensitive  to  various  aspects  of  human development,  but  sensitivity  depends  on  the  size  and  location  of  the  creeks. Because  tidal creeks are the nexus between estuaries and land-based activities, potential for contamination is high. Intertidal creeks close to headwaters demonstrate greater concentrations of nonpoint source contamination than larger systems near the mouth. The degree of contamination also depends on the impervious cover surrounding the land.

Excess nutrients, dredging, and toxic chemicals can disrupt this habitat and kill benthic organisms important for the entire food chain

Inadequate  information  is  available  to  determine  the  current condition  of  soft  bottom.  Many  human activities aimed at enhancing the “coastal  experience” can inadvertently degrade this habitat. The ecological functions provided by soft bottom can be altered by activities such as dredging for channels or marinas, shoreline stabilization, water churning in marinas, and use of certain types of fishing gear. Along the oceanfront, jetties form barriers to the movement of sand, altering the natural sediment cycle. Excess nutrient concentrations in coastal rivers, in combination with certain environmental conditions, can lead to no or low oxygen levels near the bottom, killing the benthic organisms in the sediment, which reduces food availability for larger invertebrates and fish. Sediment contaminated with toxins can affect reproduction and growth of shellfish and other aquatic animals. Soft bottom habitat is relatively resistant to a changing environment.