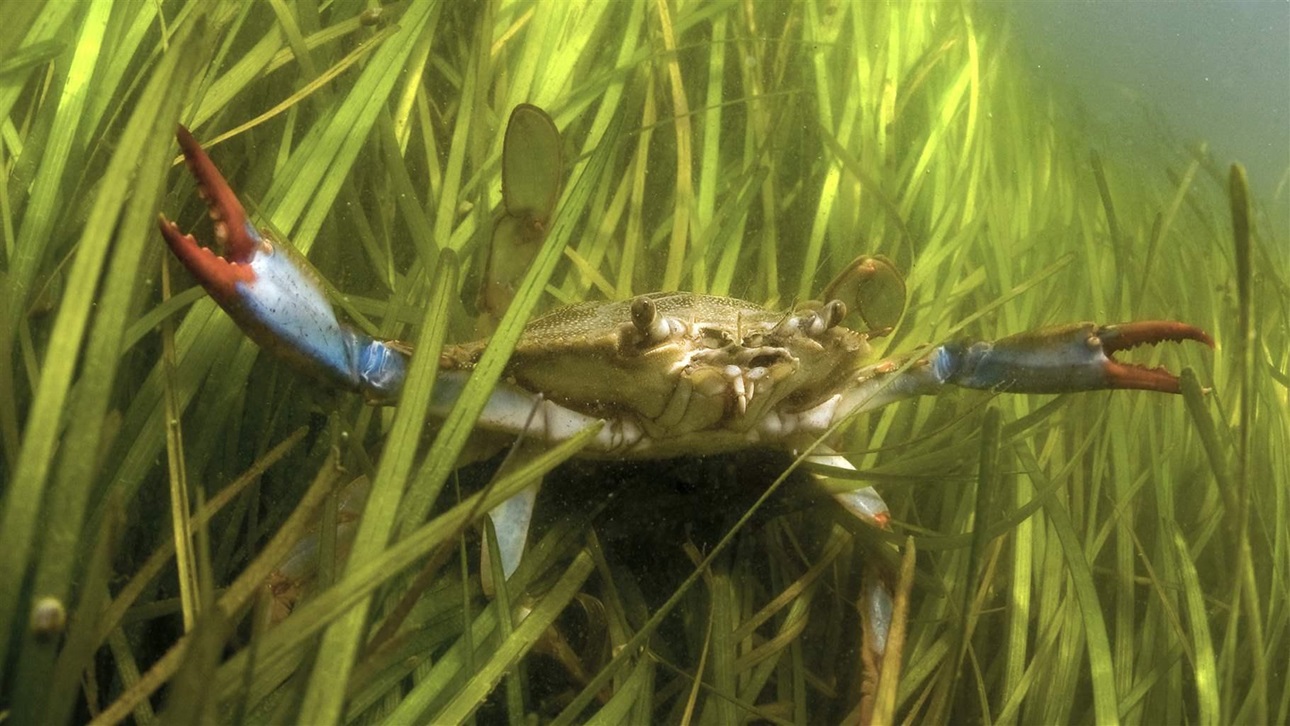 Submerged Aquatic Vegetation, or seagrass, is essential for healthy fisheries

Seagrasses need lots of light, which is why they occur and shallow waters

Seagrasses are valued at almost $8,000 per acre per year!

SAV habitat has a very high economic value due to the ecosystem services it provides. The estimated value of SAV and algal beds combined is $7,700/acre/year. This estimate takes into account services such as seafood production, wastewater treatment, climate regulation, erosion control, recreation, and others. The value of SAV for denitrification services (wastewater treatment) is estimated at $3,000/acre/year compared to approximately $400/acre/year for subtidal soft bottom. With North Carolina having the second largest expanse of SAVon the east coast, protection and enhancement of this valuable resource should be a high priority for the state.

There has been a global and national trend of declining SAV habitat, with seagrasses disappearing at rates similar to coral reefs and tropical rainforests. In North Carolina, SAV loss has not been quantified, but anecdotal reports indicate that the extent of SAV may have been reduced by as much as 50%, primarily on the mainland side of coastal sounds. Mapping of SAV has been done by several entities since the 1980s, but often with different methods, and not coast wide. Comprehensive mapping of SAV habitat in coastal North Carolina was initiated in 2007 by a joint effort of federal and state agency and academic institutions. In 2013, mapping protocols for high and low salinity areas was developed so that mapping can be repeated approximately every five years on a rotational basis among five coastal areas. This mapping, in combination with sentinel sampling, will allow trends to be assessed. In 2013 high salinity SAV from Currituck Sound to Bogue Sound were mapped using aerial photography and field ground-truthing. In Albemarle Sound and Tar-Pamlico River SAV was mapped in 2014-15 using a newly developed method for low salinity turbid waters with side scan data and low light underwater photography for ground-truthing. In 2015, SAV south of Bogue Sound was mapped.

While a quantified change analysis is not yet available, preliminary review of core areas of SAV, such as behind the Outer Banks in Pamlico Sound and Core Sound, did not detect large changes since previous imagery for those areas in 2004. Expansion of SAV has been observed in Albemarle Sound and south of Bogue Inlet. Bay scallop abundance in the southern area is increasing in areas of expanding SAV. Fact: Over 150,000 acres of SAV were mapped in coastal North Carolina since 2000.

Major threats to SAV habitat are channel dredging and water quality degradation from excessive nutrient and sediment loading. Natural events, human activities, and an ever changing climate influence the distribution and quality of SAV habitat. Natural events include shifts in salinity due to drought and excessive rainfall, animal foraging, storm events, temperature, and disease. Submerged vegetation is vulnerable to water quality degradation, in particular, suspended sediment and pollutant runoff. Large amounts of algae and sediment make the water cloudy such that sufficient light cannot reach the plants, reducing their growth, survival, and productivity. Dredges and boat propellers can also have a direct effect on SAV habitat by uprooting and destroying the plants.